This page is where I will talk about all things related to the Dragonball franchise, and my love of the series!! Excpect more updates soon.

Was Dragonball GT really that bad??

Expect a more detailed post where I explain myself soon... 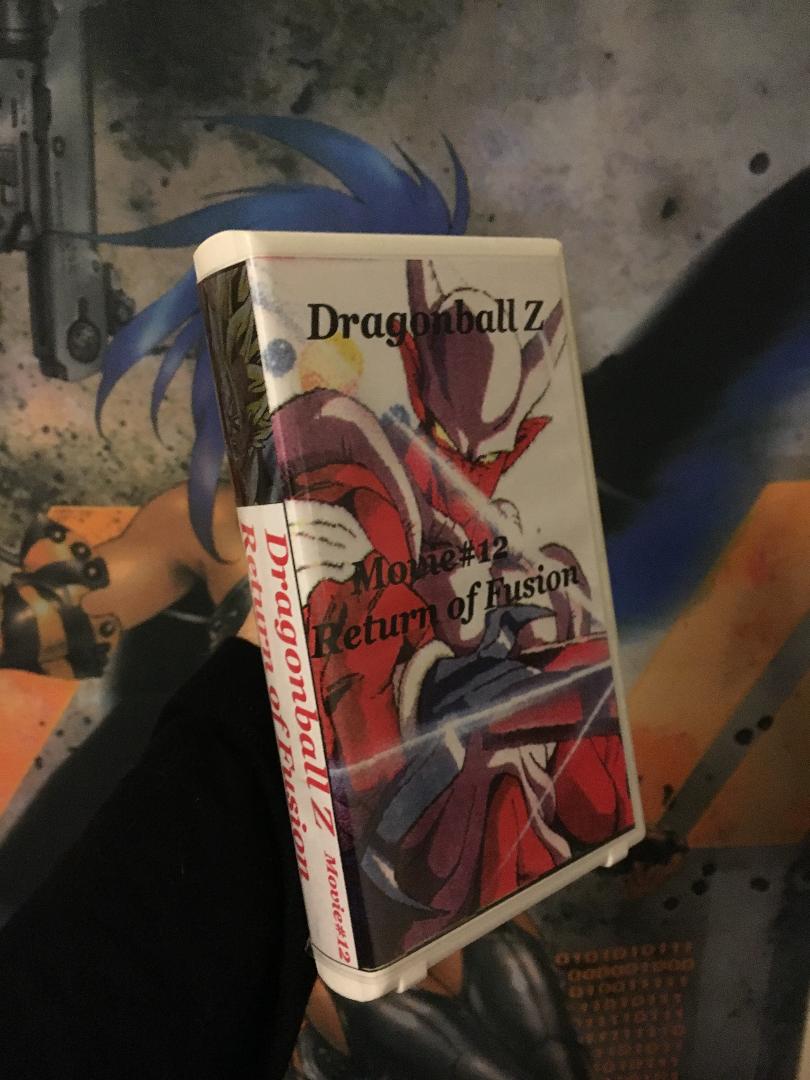 I recently bought this VHS tape off of eBay. The seller said it was a "fan dubbed" tape, which led me to believe it was actually fan subbed (many eBay sellers mix up these terms). I was intrigued in this tape, as Fusion Reborn never recieved an official VHS release. Well, the tape showed up and I put off watching it for a few days. But a few nights ago, I came home from a bad day at work and needed something to lighten up my spirits- so I put on the tape. Much to my surprise, the tape was infact dubbed in a language that was not Japanese. Infact, I wasn't even sure it was english at first. But after about five minutes I realized they were speaking English, but in an extremely thick Malaysian accent. Yup, this was the SPEEDY dub of DBZ: Fusion Reborn. To my knowledge, this dub had only been avalible on VCD. But I guess sometime in the '90s a third party took the liberty to transfer the VCD to a VHS tape. This is probably the strangest tape I have in my collection, and quite possibly the rarest.